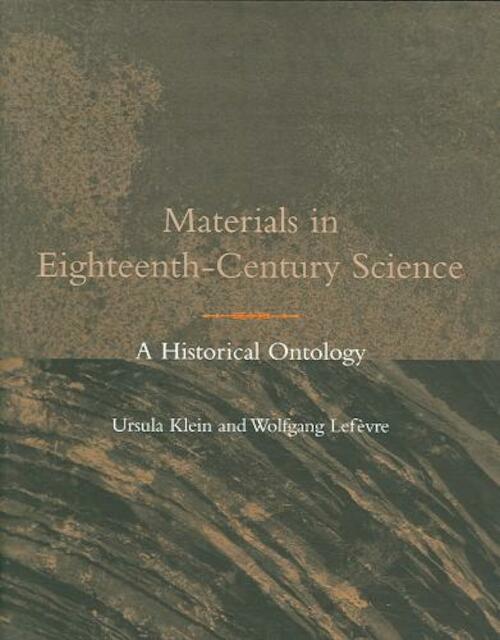 In the eighteenth century, chemistry was the science of materials. Chemists treated mundane raw materials and chemical substances as multidimensional objects of inquiry that could be investigated in both practical and theoretical contexts--as useful commodities, perceptible objects of nature, and entities with hidden and imperceptible features. In this history of materials, Ursula Klein and Wolfgang Lefevre link chemical science with chemical technology, challenging our current understandings of objects in the history of science and the distinction between scientific and technological objects. They further show that chemists' experimental production and understanding of materials changed over time, first in the decades around 1700 and then around 1830, when mundane materials became clearly distinguished from true chemical substances.The authors approach their subject by scrutinizing the modes of identification and classification used by chemists and learned practitioners of the period. They find that chemists' classificatory practices especially were strikingly diverse. In scientific investigations, materials were classified either according to chemical composition or according to provenance and perceptible qualities. The authors further argue that chemists did not live in different worlds of materials before and after the Lavoisierian chemical revolution of the late eighteenth century. Their two main studies first explore the long tradition that informed Lavoisier's new nomenclature and method of classifying pure chemical substances and then describe the continuing classification of plant materials according to a pre-Lavoisierian scheme of provenance and perceptible qualities even after the chemical revolution, until a new mode of classification was accepted in the 1830s.