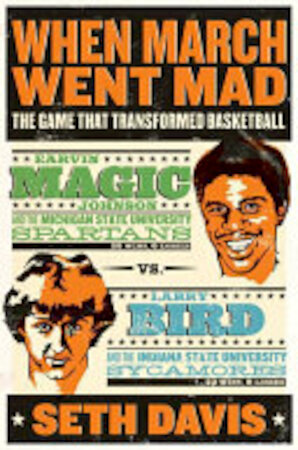 Thirty years ago, college basketball was not the sport we know today. Few games were televised nationally and the NCAA tournament had just expanded from thirty-two to forty teams. Into this world came two exceptional players: Earvin "Magic" Johnson and Larry Bird. Though they played each other only once, in the 1979 NCAA finals, that meeting launched an epic rivalry, transformed the NCAA tournament into the multibillion-dollar event it is today, and laid the groundwork for the resurgence of the NBA.

In When March Went Mad, Seth Davis recounts the dramatic story of the season leading up to that game, as Johnson’s Michigan State Spartans and Bird’s Indiana State Sycamores overcame long odds and great doubts that their unheralded teams could compete at the highest level. Davis also tells the stories of their remarkable coaches, Jud Heathcote and Bill Hodges—who were new to their schools but who set their own paths to build great teams—and he shows how tensions over race and class heightened the drama of the competition. When Magic and Bird squared off in Salt Lake City on March 26, 1979, the world took notice—to this day it remains the most watched basketball game in the history of television—and the sport we now know was born.