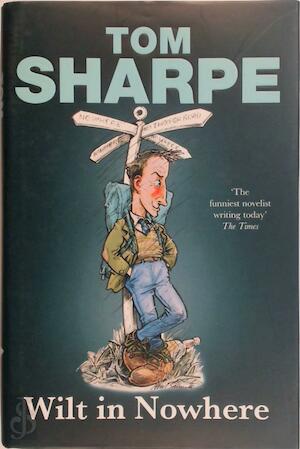 In Tom Sharpe’s fourth uproarious Wilt novel, the indefatigable Henry Wilt embarks on the voyage of a lifetime – a cross-country trip through England, without map or compass, carrying little more than a backpack and the boots on his feet. A week later sees him drunk and unconscious in the back of an arsonist’s pickup truck. His trip goes even further downhill from there until he revives in the hospital, unable to figure out how he could possibly stand accused of arson, assassination and robbery. Meanwhile, his wife Eva has taken the quads to visit Uncle Wally and Aunt Joan in Wilma, Tennessee. With the four girls leaving their customary trail of insanity and destruction wherever they go, not to mention a mob of embittered drug enforcement agents, Eva’s journey has also spiralled out of control. Bitingly funny, Wilt in Nowhere pits Wilt against the intricacies of police persecution – embodied by none other than Wilt’s old (and increasingly weary) nemesis, Inspector Flint, and the underbelly of Britain’s medical facilities, brilliantly exposing the farcical realities of small-town England and America.