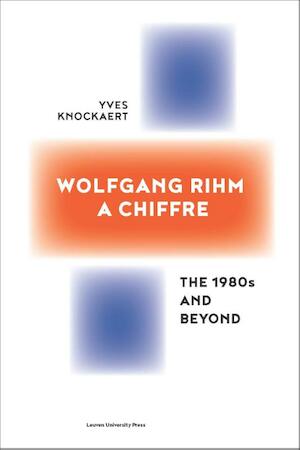 The elusive and ungraspable in Rihms's music.
Wolfgang Rihm ( b. Karlsruhe, 1952) is the most performed living German composer. With his personal, expressive, and versatile music, he became the most prominent representative of his generation. His individual approach to music was established in the 1980s and he continues to explore and enlarge his original concepts today. His 1980s work is at the core of this book, more specifically his instrumental music: the Chiffre cycle and the string quartets. Thinking about Rihm includes reflecting on his interest in philosophy, his relation to fine arts, his awareness of principles found in nature, and his references to important composers from the past. His music is embedded in the past and the actuality in modernism and postmodernism. Notwithstanding Rihm's generosity in essays and introductions to his works, many aspects of the 'inner sound' of his music stay an elusive, ungraspable 'chiffre': a challenge for the analyst.

With Foreword by Richard McGregor (Professor Emeritus, University of Cumbria)