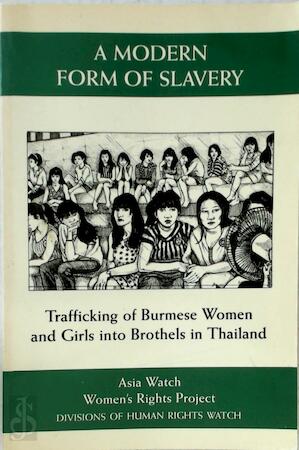 A Modern Form of Slavery

Thousands of Burmese women and girls are trafficked into Thai brothels every year where they work under conditions tantamount to slavery. Subject to debt bondage, illegal confinement, various forms of sexual and physical abuse, and exposure to HIV in the brothels, they then face wrongful arrest as illegal immigrants if they try to escape or if the brothels are raided by Thai police. Once arrested, the women and girls may be subjected to further sexual abuse in Thai-Burmese border where they are often lured back into prostitution by brothel agents who play on their fear of arrest on return to Burma. Thai police and border patrol officials are involved in both the trafficking and the brothel operations, but they routinely escape punishment as, for the most part, do brothel agents, owners, pimps and clients.