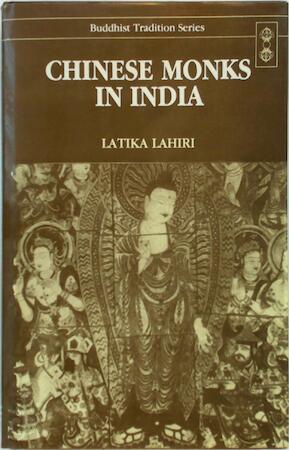 Volume 3.
The Sino-Indian cultural relation began through Buddhism. It was a common ground for intellectual and spiritual interest and intercourse between India and China.
The present work is a translation of a seventh-century text Kao-Seng-Chuan (Biographies of Eminent Monks) by the renowned Chinese monk-scholar I-ching (A.D. 614-713). It consists of biographies of fifty-six monks. Among the chinese pilgrim-monk-scholars who visited India, Fa-hsien, Hsuan-chuang and I-ching are best known for having played the greatest role in the history of Sino-Indian cultural relation. However, the fifty-six monks whose adventurous travels and experiences are recorded in this book are no less important as active promoters of the most cordial relations between the two great countries.
Most of these fifty-six monks from China visited India on pilgrimage and for collection of texts to enrich Buddhist literature in their own homeland. In this book I-ching has also given a vivid, though not full-length, description of the premier University of Nalanda attracted the Chinese monks in a large number for higher studies. Written with insight, realism and clarity, I-ching`s book is thought provoking. All these features are carefully preserved in this translation which will no doubt evoke interest among scholars as well as general readers.