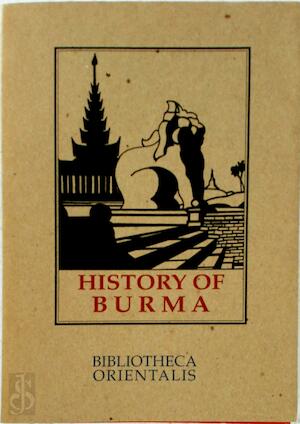 Including Burma Proper, Pegu, Taungu, Tennasserim and Arakan. From the Earliest Time to the End of the First War with British India