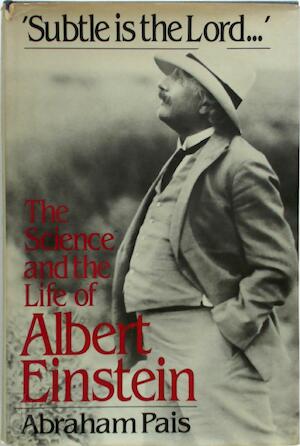 Since the death of Albert Einstein in 1955 there have been many books and articles written about the man and a number of attempts to "explain" relativity. In this new major work Abraham Pais, himself an eminent physicist who worked alongside Einstein in the post-war years, traces the development of Einstein's entire oeuvre. This is the first book which deal comprehensively and in depth with Einstein's science, both the successes and the failures.
Running through the book is a completely non-scientific biography (identified in the table of contents by italic type) including many letters which appear in English for the first time, as well as other information not published before.
Throughout the preparation of this book, Pais has had complete access to the Einstein Archives (now in the possession of the Hebrew University) and the invaluable guidance of the late Helen Dukas--formerly Einstein's private secretary.