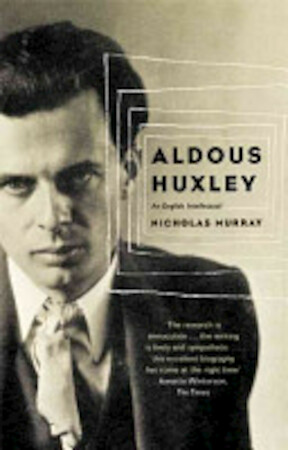 The grandson of biologist T. H. Huxley, Aldous Huxley had a privileged background and was educated at Eton and Oxford despite an eye infection that left him nearly blind. Having learned braille his eyesight then improved enough for him to start writing, and by the 1920s he had become a fashionable figure, producing witty and daring novels like CROME YELLOW (1921), ANTIC HAY (1923) and POINT COUNTER POINT (1928). But it is as the author of his celebrated portrayal of a nightmare future society, BRAVE NEW WORLD (1932), that Huxley is remembered today. A truly visionary book, it was a watershed in Huxley's world-view as his later work became more and more optimistic - coinciding with his move to California and experimentation with mysticism and psychedelic drugs later in life. Nicholas Murray's brilliant new book has the greatest virtue of literary biographies: it makes you want to go out and read its subject's work all over again. A fascinating reassessment of one of the most interesting writers of the twentieth century.