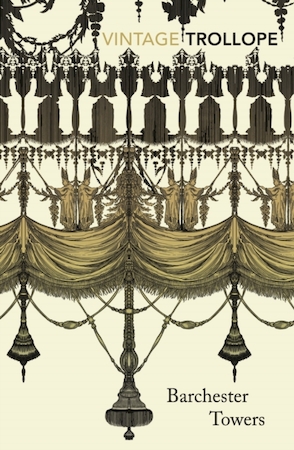 This 1857 sequel to The Warden wryly chronicles the struggle for control of the English diocese of Barchester. It opens with the Bishop of Barchester lying on his death bed; soon a battle begins over who will take over power, with key players including the rather incompetent Dr Proudie, his fiendishly unpleasant wife and his slippery curate, Slope. This is a wonderfully rich novel, in which men and women are too shy to tell each other of their love; misunderstandings abound; and Church of England officials are only too willing to undermine each other in the battle for power.

One of Trollope's best-loved novels, it is a dazzlingly real portrayal of nineteenth-century provincial England peppered with humour, wisdom and extraordinary characters.