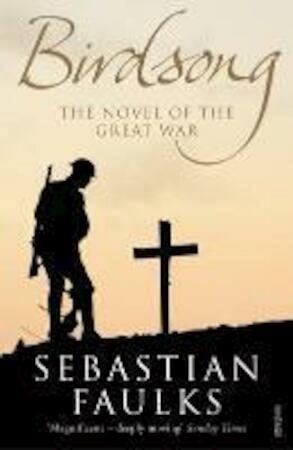 In 1910 a young Englishman, Stephen Wraysford, goes to Picardy, France, to learn the textile business. While there he plunges into a love affair with the young wife of his host, a passion so imperative and consuming that it changes him forever. Several years later, with the outbreak of World War I, he finds himself again in the fields of Picardy, this time as a soldier on the Western Front. A strange, occasionally bitter man, Stephen is possessed of an inexplicable will to survive. He struggles through the hideously bloody battles of the Marne, Verdun, and the Somme (in the last named, thirty thousand British soldiers were killed in the first half hour alone), camps for weeks at a time in the verminous trenches, and hunkers in underground tunnels as he watches many of the companions he has grown to love perish. In spite of everything, Stephen manages to find hope and meaning in the blasted world he inhabits.Sixty years after war's end, his granddaughter discovers, and keeps, Stephen's promise to a dying man. Sebastian Faulks brings the anguish of love and war to vivid life, and leaves the reader's mind pulsating with images that are graphic and unforgettable.