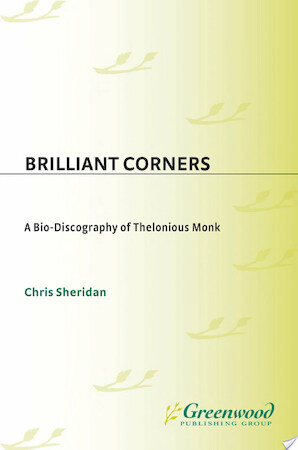 In this masterful compilation, world-recognized discographer Chris Sheridan draws together the most comprehensive reconstruction of Thelonious Monk's performances and recordings. Woven through the chronological listing of Monk's work is the story of his rise to acceptance as one of the key pianists and composers of jazz and his decline in health and popularity to his death in 1982.

Following a Prologue which attempts to summarize the career and man, the narrative discography covers Monk's entire performance career. This is followed by appendixes listing all microgroove and post-microgroove issues of Monk's performances, all known commercially produced films and videos in which Monk took part, a listing of all of his engagements from 1944 until his career petered out in the mid-1970s, and a bibliography. The work concludes with an index of the people, places, producers, and radio and television programs referred to or quoted in the main taxt, a listing of all musicians, vocalists, and broadcast presenters who took part in the recordings or who played in Monk's bands, an index of all the titles used for Monk's tunes by other musicians and vocalists, and a listing of all tunes played, together with their composers and, where relevant, lyricists. A comprehensive reference work for all scholars and other researchers involved with jazz from the 1940s onward.