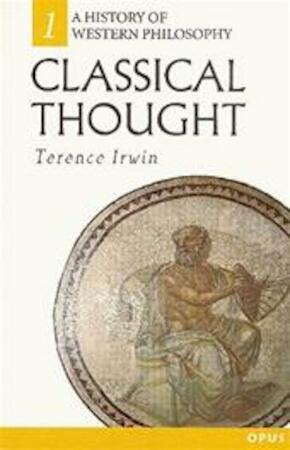 Covering over 1000 years of classical philosophy from Homer to Saint Augustine, this accessible, comprehensive study details the major philosophies and philosophers of the period--the Pre-Socratics, Socrates, Plato, Aristotle, Stoicism, Epicureanism, and Neoplatonism. Though the emphasis is on questions of philosophical interest, particularly ethics, the theory of knowledge, philosophy of mind, and philosophical theology, Irwin includes discussions of the literary and historical background to classical philosophy as well as the work of other important thinkers--Greek tragedians, historians, medical writers, and early Christian writers. The most complete one-volume introduction to ancient philosophy available, the book will be an invaluable survey for students of philosophy and classics and general readers.