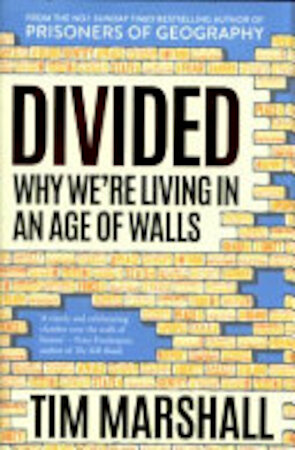 Walls are going up. Nationalism and identity politics are on the rise once more. Thousands of miles of fences and barriers have been erected in the past ten years, and they are redefining our political landscape. ; There are many reasons why we erect walls, because we are divided in many ways: wealth, race, religion, politics. In Europe the ruptures of the past decade threaten not only European unity, but in some countries liberal democracy itself. In China, the Party's need to contain the divisions wrought by capitalism will define the nation's future. In the USA the rationale for the Mexican border wall taps into the fear that the USA will no longer be a white majority country in the course of this century.; Understanding what has divided us, past and present, is essential to understanding much of what's going on in the world today. Covering China; the USA; Israel and Palestine; the Middle East; the Indian Subcontinent; Africa; Europe and the UK, bestselling author Tim Marshall presents a gripping and unflinching analysis of the fault lines that will shape our world for years to come.