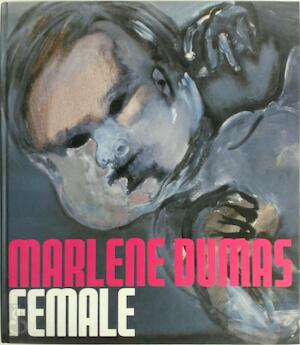 Marlene Dumas - feminist view of the body No other series has been as formative for the way the artist saw herself or sees herself now in retrospect, nor indeed more decisive for what was to follow, than the portrait sequence »Female« from 1992/3. Presented for the first time in greater detail in book form, numerous current pictures as well as works from the »Stripping Girls« series from 2000 are enriched - perhaps more importantly so - by a bundle of drawings, note books and collage material from 1972 to 1976. It is from this material that Marlene Dumas' potential and whole development into an internationally acclaimed painter-»empress« can be most emphatically shown and understood. Today, Marlene Dumas stands for a merciless, anti-didactic but nevertheless feminist view both of the body and the psychological reality of female existence. This is already apparent and clearly visible in the early works, but is intensified in the series »Female«, in which she allows the individual face of the woman - later the individual body of the woman in the series »Models« - to blend into the crowd. By taking this step in the direction of representation and in using a group of individual pictures placed in a series, Marlene Dumas applies her artistic precison to counter the standardization and homogenization of a daily involvement with images.