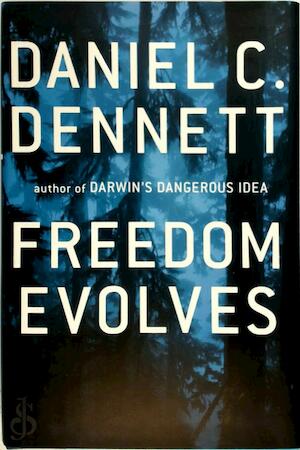 Daniel C. Dennett is a brilliant polemicist, famous for challenging unexamined orthodoxies. Over the last thirty years, he has played a major role in expanding our understanding of consciousness, developmental psychology, and evolutionary theory. And with such groundbreaking, critically acclaimed books as Consciousness Explainedand Darwin's Dangerous Idea(a National Book Award and Pulitzer Prize finalist), he has reached a huge general and professional audience. In this new book, Dennett shows that evolution is the key to resolving the ancient problems of moral and political freedom. Like the planet's atmosphere on which life depends, the conditions on which our freedom depends had to evolve, and like the atmosphere, they continue to evolve-and could be extinguished. According to Dennett, biology provides the perspective from which we can distinguish the varieties of freedom that matter. Throughout the history of life on this planet, an interacting web and internal and external conditions have provided the frameworks for the design of agents that are more free than their parts-from the unwitting gropings of the simplest life forms to the more informed activities of animals to the moral dilemmas that confront human beings living in societies. As in his previous books, Dennett weaves a richly detailed narrative enlivened by analogies as entertaining as they are challenging. Here is the story of how we came to be different from all other creatures, how our early ancestors mindlessly created human culture, and then, how culture gave us our minds, our visions, our moral problems-in a nutshell, our freedom. Writer of Darwin's dangerous idea.