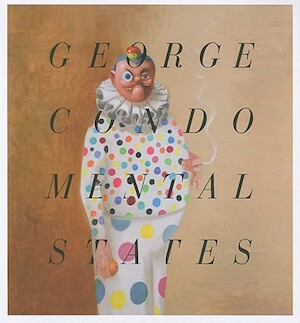 Ralph Rugoff, Will Self, Laura Hoptman

Straddling the line between comedy and tragedy, the grotesque and the beautiful, George Condo's rich pictorial inventions have made him one of the most inventive painters of his generation and one whose work has become increasingly influential. This book surveys Condo's career from 1982 up to the present day, focusing on his portrait paintings but also including a selection of sculptural busts made in precious substances such as gold and bronze. It will be organised thematically exploring the artist's relationship to art history, as well as the shifting responses in his work to popular culture and contemporary society. This survey, which includes essays by Will Self, Ralph Rugoff and Laura Hoptman, along with a specially commissioned short story by David Means, is published to accompany a major exhibition in the USA and Europe: New York (January - May 2011), Rotterdam (June - September 2011), London (October 2011 - January 2012), and Frankfurt (February - May 2012).