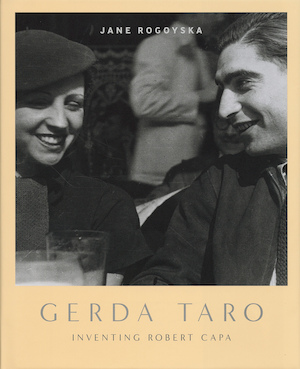 In Paris in 1934, a young and beautiful Jewish emigree, Gerda Pohorylles, met a Hungarian political exile, Andre Friedmann. They reinvented themselves as the photographers Gerda Taro and Robert Capa - and he would become the most important photojournalist of his generation. When Gerda was killed in the Spanish Civil war at the age of twenty-six, Robert Capa was her most notable mourner - his grief was beyond control. Her funeral drew crowds of thousands and she became a hero of the political left. Despite the legend that was built around her, she subsequently became a mere footnote in Capa's story. Seventy years after her death a long-lost suitcase was discovered in Mexico, containing thousands of negatives by Capa and Taro. Most astonishingly of all, 'the Mexican suitcase' showed that photographs that had been attributed previously to Capa were, in fact, the work of Taro. Jane Rogoyska's book will trace Taro's life and reveal the depth of her relationship with Capa. Charismatic and extraordinary, they epitomised one of the most tumultuous periods of the century.