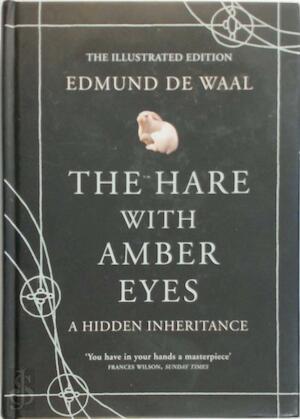 A new, deluxe edition of the hugely popular and critically acclaimed memoir, with colour illustrations throughout. This new photography of the famous netsuke collection has been handpicked by De Waal from his family archive. The book won a Costa Award and De Waal was named New Writer of the Year at the Galaxy National Book Awards

This is the definitive illustrated edition of the international bestseller with gorgeous new photography of the celebrated netsuke collection, and sumptuous full-colour images hand-picked by Edmund de Waal from his family archive 264 Japanese wood and ivory carvings, none of them bigger than a matchbox: Edmund de Waal was entranced when he first encountered the collection in his great-uncle Iggie's Tokyo apartment. When he later inherited the 'netsuke', they unlocked a story far larger and more dramatic than he could ever have imagined. From a burgeoning empire in Odessa to fin de siecle Paris, from occupied Vienna to post-war Tokyo, Edmund de Waal traces the netsuke's journey through generations of his remarkable family against the backdrop of a tumultuous century.