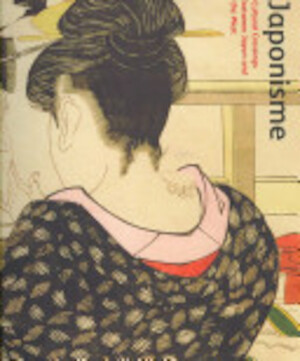 Cultural Crossings Between Japan and the West

A broad survey of the West's extraordinary love affair with Japan.

From the moment of the very first contact in the sixteenth century, Japan has always possessed an irresistible fascination for the West. The fascination was if anything increased when Japan closed its borders in 1638, and for over 200 years the only contact was through a small colony of Dutch traders who were permitted to live on the tiny island of Deshima in Nagasaki Bay. After 1858, full trade was resumed, and a wave of 'Japanomania' swept across Europe and America. The 1862 Great Exhibition in London was the first to display a wide range of Japanese goods in the west. Visited by hundreds of thousands of people, the prints, ceramics and lacquer work became the height of fashion. Christopher Dresser travelled to Japan in 1876 as an agent for Tiffany & Co. He visited 64 potteries and dozens of other manufacturers. Not only did he take photographs home to spread the word there, but he also advised the Japanese how best to export their trade. This two way dialogue offers a rich synthesis of fine art and the decorative arts, as well as popular culture. Lionel Lambourne tells this remarkable story in a fluent and engaging narrative that focuses on the human drama - often amusing but sometimes tragic - of the individual personalities involved in the two-way dialogue between cultures.