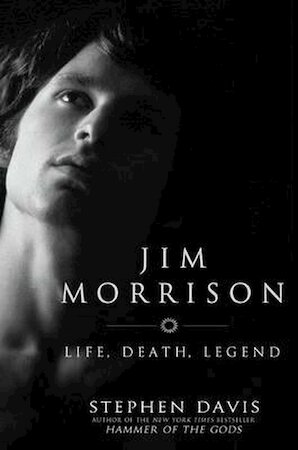 As an artist and persona, Jim Morrison epitomized the late 1960s, bridging a burgeoning counterculture and popular culture, while acting out the iconoclastic rage, rampant libido, and spectacular flameout of a tumultuous era. The music he created with The Doors has sold over 50 million records worldwideÂ—with over 13 million in the last decade alone, as their songs have been embraced by a new generation. But despite MorrisonÂ's seminal importance, there has not yet been an authoritative biography that does justice to him and his creative legacy. Until now.

Stephen Davis, the preeminent rock biographer and author of the classic Led Zeppelin history Hammer of the Gods (over 600,000 copies sold in three editions, and a #1 New York Times bestseller), has uncovered never-before-seen documents, conducted dozens of original interviews, and scoured MorrisonÂ's unpublished journals and recordings to write the definitive biography of a misunderstood legend. Jim Morrison is packed with startling new revelations about every phase of his life and career, from his troubled youth in a strict military household to his blossoming as a rock icon among the avant-garde LA scene to his voracious drug abuse and secret sexual experiments. Davis also investigates one of the greatest mysteries in rock historyÂ—the circumstances surrounding MorrisonÂ's mysterious and unsolved deathÂ—as he pieces together new evidence to tell the true and heartbreaking story of MorrisonÂ's last tragic days in Paris.

Compelling and unforgettable, Jim Morrison is destined to become a classic.