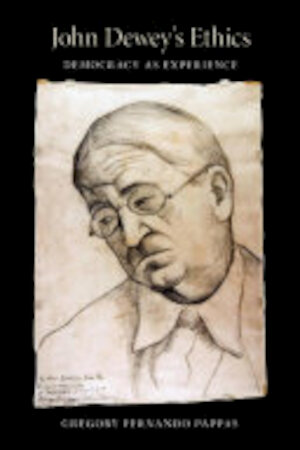 John Dewey, perhaps the most prolific figure in American philosophy and pragmatism, is roundly considered deficient with respect to ethics. Pappas (Texas A&M) addresses this misconception by demonstrating that ethics is the organizing center of Dewey's entire philosophical approach. This is a challenging thesis to argue for both dedicated pragmatists and philosophers of ethics from the analytic or Continental traditions. Pappas's argument moves in three steps: experience as method, moral theory and practice, and the normative standpoint of pragmatism. The claim to normativity is the most interesting and problematic. Pappas says that "the broadest characterization of Dewey's ideal is that he advocates living a moral life that is intelligent, aesthetic, and democratic." Imagination and conscientiousness are primary aspects of this emergent normativity, and Pappas also explores Dewey's notion of affections and virtues of character. Pappas is consistent in signaling the qualitative notion of faith present in Dewey's moral thought, although the content of this faith remains necessarily vague. This book handles Dewey's disparate texts and broad research adeptly, and focuses on the issues of experience and experiment in a holistic treatment of pragmatic ethics. Summing Up: Highly recommended. Lower-level undergraduates through faculty/researchers; general readers. General Readers; Lower-division Undergraduates; Upper-division Undergraduates; Graduate Students; Researchers/Faculty. Reviewed by R. Ward.