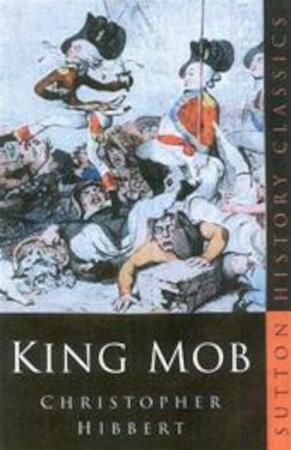 The Duke of Newcastle, the great eighteenth-century prime minister once said 'I love a mob, I led a mob once myself. We owe the Protestant Succession to the mob'. Over half a century later the same sentiments applied as Lord George Gordon, a rabble-rousing MP, led a crowd of 50,000 people to present a petition for the repeal of the 1778 Roman Catholic Relief Act which was the foundation stone of Catholic Emancipation. The demonstration turned into a riot and for the next five days many Catholic chapels and private houses were destroyed. The Bank of England, King's Bench Prison, Newgate Prison and the Fleet Prison were all damaged and many politicians who were thought to favour the Act were hounded by the mob. Finally, on 7 July 1780 the army was called out to quell the mob, and 285 rioters were killed and many more wounded and arrested. Gordon was tried for treason but was acquitted, though 25 of the rioters were hanged and 12 imprisoned. Christopher Hibbert brings his considerable narrative and historical powers to bear on this astonishing episode in English history which has many parallels today as the alienation of the disenfranchised of the world leads to violence.