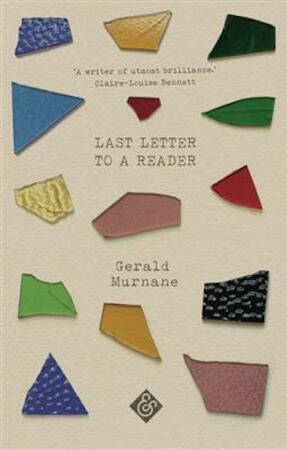 Last letter to a reader

In the first days of spring in his eighty-second year, Gerald Murnane Ð perhaps the greatest living writer of English prose Ð began a project that would round off his strange career as a novelist. He would read all of his books in turn and prepare a report on each. His original intention was to lodge the reports in two of his legendary filing cabinets: in the Chronological Archive, which documents his life as a whole, and the Literary Archive, which is devoted to everything he has written. As the reports grew, however, they themselves took on the form of a book, a book as beguiling and hallucinatory, in its way, as the works on which they were meant to report. These miniature memoirs or stories lead the reader through the capacious territory Murnane refers to as his mind: they dwell on the circumstances that gave rise to his writing, on images and associations, on MurnaneÕs own theories of fiction, and then memories of a deeply personal kind. The final essay is, of course, on Last Letter to a Reader itself: it considers the elation and exhilaration that accompany the act of writing, and offers a moving finale to what must surely be MurnaneÕs last work, as death approaches.