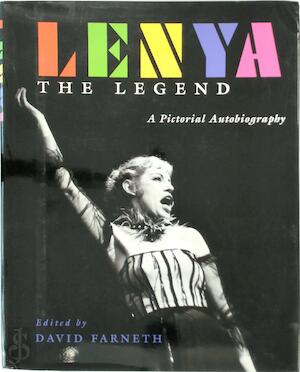 A stunning visual biography of the legendary singer/actress whose career ranged from pre-war Berlin and The Threepenny Opera to U.S. fame on the stage and screen

Lenya, The Legend celebrates the private life and public career of the singer and actress whose legend is irrevocably tied to the theatre of Bertolt Brecht and the music of Kurt Weill in photos and personal reminiscences. From her unforgettable performances on stage and screen in such hits as the exuberant 1954 revival of The Threepenny Opera to Cabaret and From Russia with Love, Lenya established herself as one of our most enduring and talented performers.

Born Karoline Blamauer in 1898, Lenya escaped a destitute childhood in Vienna to begin her career as an actress and dancer in Zurich. In 1920s Berlin she met and married the young composer Kurt Weill, and the two of them brought their talents to American theater when they left Nazi Germany in the 1930's.

In Lenya, The Legend, each of more than 300 photos -- most never-before-published -- is accompanied by Lenya's own words, taken from her interviews, private conversations, letters, and other writings. Lenya's voice brings these captivating glimpses into her world -- on stage and off -- to life in the witty, caustic, and insightful manner that is hers alone.

The first visual biography of this extraordinary performer, Lenya, The Legend is an intimate and revealing portrait -- a tribute Lenya fans and theater buffs won't want to miss.