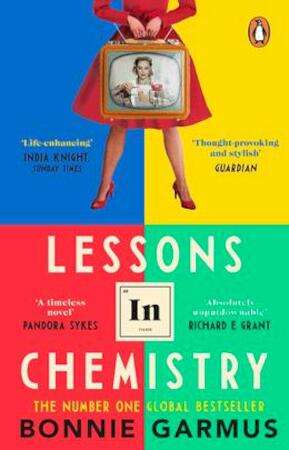 THE #1 SUNDAY TIMES BESTSELLER and NEW YORK TIMES BESTSELLER Winner of the Goodreads Choice Best Debut Novel Award Hay Festival Book of the Year A Book of the Year in: Guardian, Times, Sunday Times, Good Housekeeping, Woman and Home, Stylist, TLS, Oprah Daily, Newsweek, Mail on Sunday, New York Times Notable, and many others 'Sparky, rip-roaring, funny, with big-hearted fully formed, loveable characters' SUNDAY TIMES 'The most charming, life-enhancing novel I've read in ages. Strongly recommend' INDIA KNIGHT 'Laugh-out-loud funny and brimming with life, generosity and courage' RACHEL JOYCE 'A novel that sparks joy with every page' ELIZABETH DAY ____________ Your ability to change everything - including yourself - starts here Chemist Elizabeth Zott is not your average woman. In fact, Elizabeth Zott would be the first to point out that there is no such thing. But it's the early 1960s and her all-male team at Hastings Research Institute take a very unscientific view of equality. Forced to resign, she reluctantly signs on as the host of a cooking show, Supper at Six. But her revolutionary approach to cooking, fuelled by scientific and rational commentary, grabs the attention of a nation. Soon, a legion of overlooked housewives find themselves daring to change the status quo. One molecule at a time. __________ SOON TO BE A MAJOR APPLE TV SERIAL, STARRING BRIE LARSON