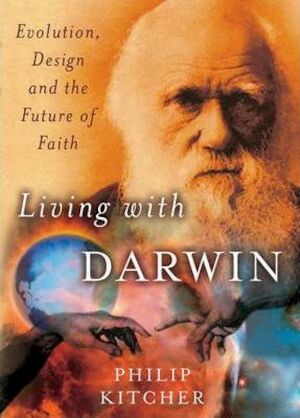 Evolution, Design, and the Future of Faith

Charles Darwin has been at the center of white-hot public debate for more than a century. In Living With Darwin, Philip Kitcher peers into the flames swirling around Darwin's theory, sifting through the scientific evidence for evolution, Creation Science, and Intelligent Design, and revealing why evolution has been the object of such vehement attack.Kitcher ranges back in time to provide valuable perspective on the present controversy, describing the many puzzling issues that blocked evolution's acceptance in the early years, and explaining how scientific research eventually found the answers to these conundrums. Interestingly, Kitcher shows that many of these early questions have been resurrected in recent years by proponents of Intelligent Design. In fact, Darwin himself considered the issue of intelligent design, and amassed a mountain of evidence that effectively refuted the idea. Kitcher argues that the problem with Intelligent Design isn't that it's "not science," as many critics say, but that it's "dead science," raising questions long resolved by scientists. But after providing a convincing case for evolution, Kitcher points out that it is also important to recognize the cost of Darwin's success--the price of "living with Darwin." Darwinism has a profound effect on our understanding of ourselves and our place in the universe, on our religious beliefs and aspirations. It is in truth the focal point of a larger clash between religious faith and the discoveries of modern science. Unless we can resolve this larger issue, the war over evolution will go on.Evolution is a dangerous idea. In this balanced and sympathetic volume, Philip Kitcher illuminates this idea while suggesting ways to defuse the danger, suggestions that embrace both the religious impulse and the force of scientific evidence.