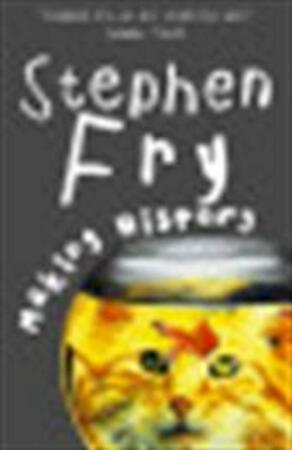 Those of us who have already discovered Stephen Fry know him as the brilliant British comedian behind TV series such as Jeeves & Wooster and Blackadder, and the author of two enormously funny novels, The Liar and The Hippopotamus. But his new film (in which he plays Oscar Wilde) and his new novel (this one) represent a somewhat alarming departure from his previous work: They're more serious. Though humor is still an essential ingredient of both, Fry's fans are finally getting to witness the emotional depth that this brilliant polymath usually keeps hidden. In Making History, Fry has bitten off a rather meaty chunk by tackling an at first deceptively simple premise: What if Hitler had never been born? An unquestionable improvement, one would reason--and so an earnest history grad student and an aging German physicist idealistically undertake to bring this about by preventing Adolf's conception. And with their success is launched a brave new world that is in some ways better than ours--but in most ways even worse. Fry's experiment in history makes for his most ambitious novel yet, and his most affecting. His first book to be set mostly in America, it is a thriller with a funny streak, a futuristic fantasy based on one of mankind's darkest realities. It is, in every sense, a story of our times. From the Hardcover edition.