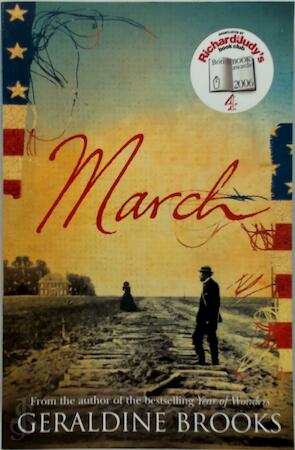 A Love Story in a Time of War

A good man caught between love and guilt, courage and fear ...
'Both harrowing and moving .... March casts a spell that lasts much longer than the reading of it' Karen Joy Fowler, author of The Jane Austen Book Club
1861, the first year of the American Civil War. March leaves his beloved wife and daughters to fight for the Northern forces. Alone in a country ripped apart by violence and hatred, he sees things that shake his very soul. He also encounters the woman who had changed his life nearly twenty years earlier Grace. She is beautiful, educated, and a slave.
From Louisa May Alcott's beloved classic Little Women, Geraldine Brooks takes March, the absent father gone to war, and conjures the story of a passionate man struggling not just to return to the heart of his family, but also to keep his faith - in himself, in his fellow man and in love itself.
'Brooks's efforts have borne rich fruit' Sunday Times