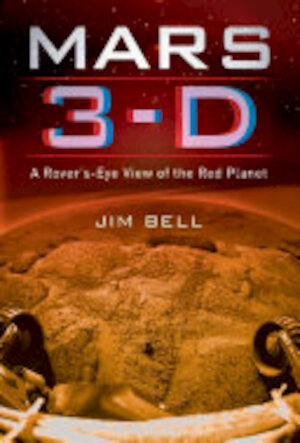 What would it be like to visit Mars--to explore the distinctive, untouched terrain that inspired astronomers and stirred so many sci-fi writers’ imaginations? Two highly capable robotic geologists--Spirit and Opportunity--made that amazing voyage, and spent the last four years roaming the Red Planet’s unique landscape. Thanks to 120 stunning 3-D and color images shot by these rovers, we can come along--and right now, it’s the closest we can get to actually setting foot on Mars. These super-realistic pictures pop off the page, allowing us to see for ourselves the rocks, craters, valleys, and other geologic configurations that define the Martian terrain. Compelling and accessible text guides us on this exhilarating tour, revealing the thrill of each discovery, along with the perils and near misses. Featuring a fold-out flap with embedded 3-D viewer (which actually allows customers to view the three-dimensional images right in the store), it’s the perfect gift for any armchair astronomer. "Jim Bell takes us on an extraordinary journey across often mysterious, sometimes perilous, and always fascinating Martian terrain. A must-read for anyone who's ever dreamed of exploring the Red Planet."
--Buzz Aldrin, Apollo 11 astronaut "See this other world like no one before you could. . . make discoveries that fiction writers only dream about!"
--Bill Nye, "The Science Guy," and member of the Mars team "Bell has accomplished the impossible--he has brought the surface of Mars down to Earth."
--Neil deGrasse Tyson, Astrophysicist, American Museum of Natural history Author of The Pluto Files "Experience Mars as never before . . . the next best thing to going there."
--Ann Druyan, co-writer COSMOS, co-creator, Contact "These images transport us Earthlings to new depths of Martian discoveries.”
--Dava Sobel, author, Longitude and Galileo's Daughter