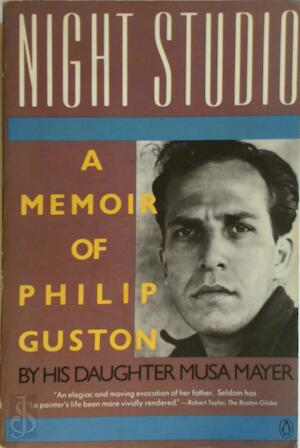 A Memoir of Philip Guston

Philip Guston (1913–1980) was driven, sustained, and consumed by art. His style ranged from the social realism of his WPA murals through his abstract expressionist canvasses of the 1950s and 1960s (when he counted Pollock, Rothko, de Kooning, and Kline among his friends) to his cartoonlike paintings of Klansmen, disembodied heads, and tangled piles of everyday objects. Critics and public alike savaged Guston for his return to figurative art, but today his late work is recognized for the singular power of its darkly hilarious vision. Musa Mayer augments her firsthand knowledge with extensive interviews with his family, friends, students, and colleagues, as well as Guston's own letters, notes, and autobiographical writings, to re-create a turbulent era in American art. Night Studio, profusely illustrated (including almost a dozen paintings in full color), illuminates not only the life of a great artist, but the experience of growing up in his shadow. 1950s and 1960s (wh"