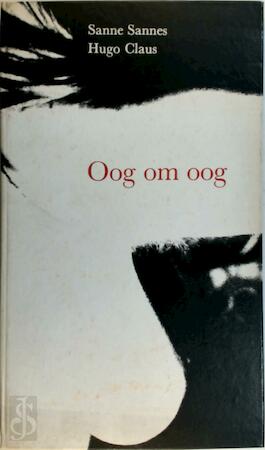 Black & white photographs by Sanne sannes, text by Hugo Claus with poems by Hugo Claus after poems by Macedonios, Asklepiades, Rufinos, Paules Sillentiarius, Meleager and others. Sanne Sannes (1937-1967) appeared out of the blue as Holland’s photographer of female eroticism, only to disappear in the same manner. He had no predecessors to speak of, and certainly left no heirs in his wake. And this was inevitably the case, for Sannes’ photographic urge was fuelled exclusively by the artist’s highly personal fantasies (…). In Sannes’ fantasy the woman is in command, she decides what happens, what she gives and what she doesn’t. (…). He was the author of many more plans for films and books than he actually produced. The only projects to materialise during his lifetime was the book: “ Oog om oog (An eye for an eye)” and the bowdlerised version of the film Dirty girl, which was relayed by VPRO television after the sadistic passages had been suppressed”. A book-adaption from the film dirty girl, titled Sex a gogo was not published before 1969, two years after he died in a car-crash.