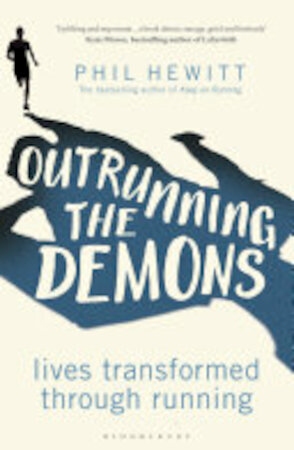 An exploration of the transformative power of running--and it can be the key to unlocking resilience we never knew we had. With a foreword by Dean Karnazes.

Outrunning the Demons is an in-depth exploration of just why running can so often seem the answer to everything when you find yourself in extremis. Phil Hewitt has been there himself. He was viciously mugged in 2016 and left for dead. Suffering the acute symptoms of post-traumatic stress disorder and unable to make any sense of what had happened to him, Phil found that dedicating himself to running--and its possible healing powers--was the only route ahead.

Running can take us to fantastic places. Just as importantly, it can also bring us back from terrible ones. For people in times of crisis, trauma and physical or mental illness, running is often the means by which they reconstruct fractured, fragmented identity--or indeed the means to a new identity. When normality collapses, running can put it back together again. In the very worst cases, it can actually create a new normality and offer us the chance to move on.

The author's own experiences place him in a unique position as he interviews runners who have suffered similarly and worse in a wide range of scenarios. The book covers the themes of Trauma, Bereavement, Depression & Anxiety, Addiction & Alcoholism, Terrorism, Violence/Sexual Abuse, Long-term Health Conditions (cancer, stroke etc), and Eating Disorders.

While dealing with heavy, harrowing subjects, this powerfully compelling, engrossing, and enriching book will ultimately uplifting and celebratory, an exploration of why running can be the key to overcoming traumatic experiences and rebuilding lives.