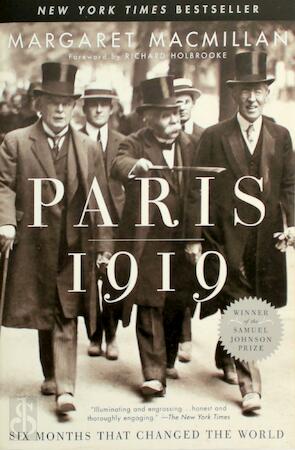 Six Months That Changed the World

For six months in 1919, after the end of "the war to end all wars," the Big Three--President Woodrow Wilson, British prime minister David Lloyd George, and French premier Georges Clemenceau--met in Paris to shape a lasting peace. In this landmark work of narrative history, Margaret MacMillan gives a dramatic and intimate view of those fateful days, which saw new political entities--Iraq, Yugoslavia, and Palestine, among them--born out of the ruins of bankrupt empires, and the borders of the modern world redrawn.