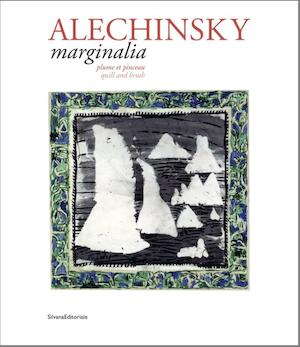 Pierre Alechinsky, is an internationally renown artist known for the freedom and creativity portrayed in his painting and who began his career printing and etching. This catalogue highlights this perhaps less well studied aspect: research on illustrated books and the ensuing partnerships. "Adorned" books as Matisse would have said-where the contribution of Alechinsky's art is very important-where the dialogue with the written word is a constant preoccupation and which can be seen with the precious partnerships established between numerous writers (Pierre-André Benoit known as PAB, Christian Dotremont and Marcel Moreau.), and artists (Michel Butor, Roland Topor, André Breton, Salah Stétié.), least forgetting mischievous puns, great spoonerisms and novel seesawing between the artist's different techniques.