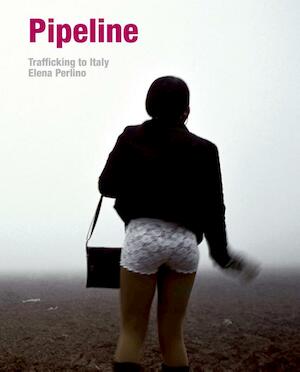 The United Nations Office on Drugs and Crime has declared Nigeria among the top eight countries with the highest human trafficking rates in the world. Photographer Elena Perlino has been working on this extremely important topic for many years, focusing mainly on the Italian connection since Italy has an extensive sex industry based on trafficking from Africa. Perlino's work attempts to show the complexities and contradictions of women's experiences, documenting their daily life in Turin, Genoa, Rome, Naples and Palermo. By collecting stories of women from Benin City (Edo State) - where around 80% of trafficked women come from - this reportage bears witness to the multiple reasons behind women's forced or voluntary migration. Elena Perlino has succeeded in telling a breathtaking story with elegance; this book became thus a harsh yet touching portrait of one of Europe's most horrific daily scenes. Elena Perlino (Italy, 1972) is a documentary photographer covering human issues. Her recent works have been focusing on migration, human trafficking and gender issues. In 2013 she got the Prix Portfolio ANI, Vendôme, France. Her long-term project Pipeline will be exhibited at Les Rencontres Internationales de la Photographie and Gaspésie, Canada in 2015. Her work was shortlisted for the Magnum Emergency Fund 2013 and 2011. Elena's images have been exhibited internationally, in places such the Lawndale Art Center in Houston, Texas; Les Rencontres Internationales de la Photographie, Arles; the Festival Internazionale in Rome; the Museum of Contemporary Art in Genoa; and PhotoEspaña in Madrid. Elena Perlino is based in Paris, France. Cristiana Giordano is an Assistant Professor in the Department of Anthropology at the University of California, Davis, USA. She earned her degree at UC Berkeley, and has done extensive research on human trafficking, mental health and foreign migration in Italy. Isoke Aikpitanyi is a former victim of trafficking and now the main reference point for Nigerian women in Italy. She has published two books on the subject: I. Aikpitanyi, Le ragazze di Benin City (together with L. Maragnani; 2007); and 500 storie vere (2011).