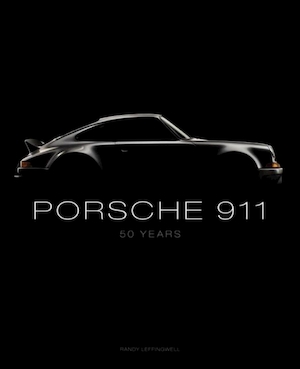 "Porsche 911: 50 Years "provides the Porsche fan with everything he or she could possibly want in a book. All the iconic 911 models are here: the original 901 prototype that set the standard; the legendary RS models that made the Porsche a dominant force on the world's race tracks; the infamous Turbo, the car that kept the peformance flame alight during the dark, dismal 1970s; the fabled 959, the Porsche that redefined the term "supercar"; the 993, last of the original air-cooled models; and the 996, 997, and 991, the liquid-cooled cars that brought the 911 into a new millenium. But more than just telling the story of these cars, author Randy Leffingwell tells the story of the people behind their creation: Ferdinand "Butzi" Porsche, the son of legendary Porsche founder Ferdinand "Ferry" Porsche who, along with Erwin Komenda, designed the instantly recognizable 911 shape; Peter W. Schutz, the Porsche CEO who saved the 911 from extinction; and Dr. Helmuth Bott, the mad engineering genius behind many of the groundbreaking technologies that have defined the 911, like fuel injection, turbocharging, and all-wheel-drive. This book also tells the story of the 911 community--the clubs and culture that surround the car. No Porsche fan will want to miss this fantastic book.
Author bio: Randy Leffingwell, best-selling Motorbooks author and renowned photographer, has earned a reputation as one of the most thorough Porsche historians working today. He has written and photographed over two dozen books on topics ranging from farm tractors to motorcycles to cars to barns.