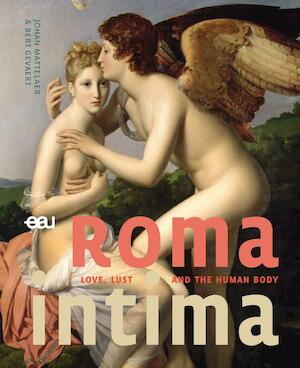 In Ancient Rome, orgies were an everyday affair, weren’t they? The place was a paradise for people with a huge sexual appetite, wasn’t it? Ever since the discovery of erotic images amongst the ruins of Pompeii and Herculaneum, this one-sided picture of a dissolute and debauched Rome has been consistently presented in literature, art, film and television. Bert Gevaert, Doctor in Classical Philology, and Dr. Johan Mattelaer, urologist, now consign these ideas to the dustbin of history. In Roma Intima the authors answer questions like: what did the Romans think made a body beautiful? What turned them on, sexually? What turned them off? What was their attitude towards love between people of the same gender? Were they embarrassed by ‘bath-and-toilet’ matters? Did the Romans use aphrodisiacs? Or ontraceptives? What underclothes did they wear? Did they have pornography? What obscene swear words did they use to insult each other? DR. BERT GEVAERT guides readers effortlessly through the many Roman texts – most of them little known and uncensored – about love, sex and intimacy, while Dr. JOHAN MATTELAER opens the door to the world of physiology and the physical aspects of human sexuality. The wealth of illustrations that accompany the texts come from Roman archaeological sites and from some of the world’s finest museums and private collections.