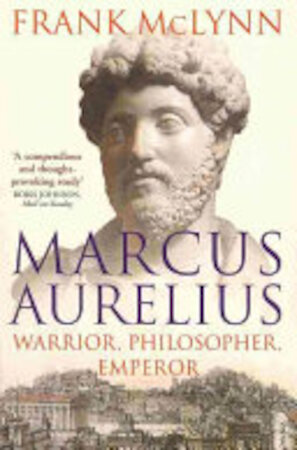 The vivid, magisterial and long-awaited biography of Marcus Aurelius -- the last of the "five good emperors" of the Roman Empire.
Emperor Marcus Aurelius -- the embodiment of the philosopher's king -- is the one figure of antiquity who still speaks vividly to us today, over 2000 years after his death. We may thrill to the exploits of Alexander the Great, Hannibal or Caesar, and historical novelists may beguile us with their imaginative reconstructions of this life or that, but the only voice from the Greco-Roman world that still seems to have contemporary relevance is that of the man who ruled the Roman Empire from 161 to 180 A.D. His book of reflections, Meditations, continues to sell in large numbers in numerous editions.
Though a persecutor of Christians, Marcus holds out the prospect of spirituality for atheists, happiness without God, joy without heaven and morality without religion. He truly was a man for all seasons, and those seasons include the twenty-first century.
His reign foreshadowed the eventual decline and fall of the Roman Empire, and his life itself represents the fulfillment of Plato's famous dictum that mankind will prosper only when philosophers are rulers and rulers philosophers. Marcus Aurelius by acclaimed historian Frank McLynn, promises to be the definitive biography of this monumental historical figure -- now known very widely through the Oscar-winning film Gladiator.

"From the Hardcover edition."