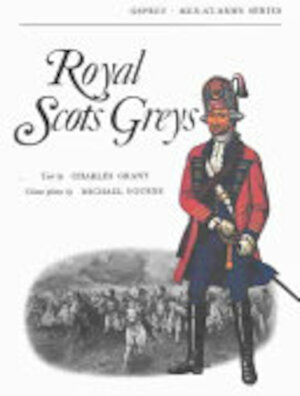 For almost three centuries the Royal Scots Greys have had the proud distinction of being Scoland's only regular cavalry regiment, famed for their distinguished service record from Marlborough's Wars (1702-1713) to World War II. Indeed, the Greys at Waterloo form one of the most memorable features of military history. With their cry of "Scotland forever!" they charged upon the French ranks seizing the imperial eagle of the French 45th Regimental. This book also looks at how this traditional cavalry unit struggled to come to terms with the realities of modern warfare during the Anglo-Boer War (1899-1902) and World War I. Equipment and organization used in these combats are all detailed in full and uniforms are shown in full color artwork.