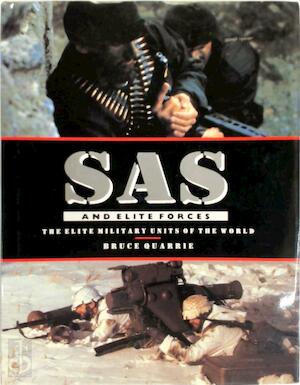 The Elite Military Units of the World

Every fighting force in world history has its elite troops--soldiers for whom there is no such word as impossible. This action-packed book tells the story of the special forces, with fullcoverage of their origins, the way in which they are recruited, trained, and equipped, the various roles they fulfill, and the notable actions in which they have been involved. A brief historical introduction examines the origins of today’s special forces, covering the elite forces of the past from the Janissaries of the Ottoman Sultans to the Imperial Guard of the Napoleonic Empire. It then covers the development of modern special forces as they are known today, including the formation of the world’s first, the Brandenburg Division of Nazi Germany and the British Commandos. Material after the Second World War includes nation-by-nation coverage, investigating the role and actions of such units as the Green Berets and SEALS of the United States, and the SAS and SBS of Britain. From the relationship between special forces and the regular armies of which they form a part, to training, equipment, and what it takes to be accepted as a serving member of such a unit, SAS and Elite Forces provides complete coverage, illustrated throughout.