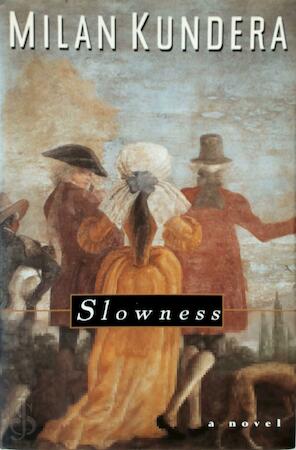 After the gravity of The Unbearable Lightness of Being and Immortality, Slowness comes as a surprise: it is certainly Kundera's lightest novel, a divertimento, an opera buffa, with, as the author himself says, "not a single serious word in it"; then, too, it is the first of his novels to have been written in French (in the eyes of the French public, turning him definitively into a "French writer").Disconcerted and enchanted, the reader follows the narrator of Slowness through a midsummer's night in which two tales of seduction, separated by more than two hundred years, interweave and oscillate between the sublime and the comic. In the eighteenth-century narrative, the marvelous Madame de T. summons a young nobleman to her chateau one evening and gives him an unforgettable lesson in the art of seduction and the pleasures of love.In the same chateau at the end of the twentieth century, a hapless young intellectual experiences a rather less successful night. Distracted by his desire to be the center of public attention at a convention of entomologists, Vincent loses the beautiful Julie - ready and willing though she is to share an evening of intimacy and sexual pleasure with him - and suffers the ridicule of his peers.A "morning-after" encounter between the two young men from different centuries brings the novel to a poignant close: Vincent has already obliterated the memory of his humiliation as he prepares to speed back to Paris on his motorcycle, while the young nobleman will lie back on the cushions of his carriage and relive the night before in the lingering pleasure of memory.