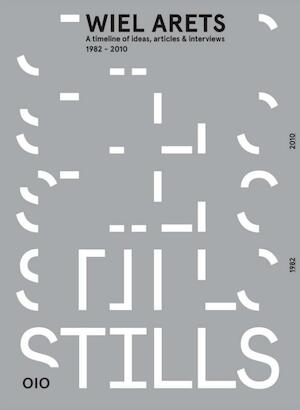 Wiel Arets a timeline of ideas, articles and interviews 1982-2010

In the contemporary world of architecture, design and media, we hardly ever reflect on what we see or read. Fast-forward pictures and one-liner texts rule. The deeper significance and value of texts and images disappears in our zapping culture. This publication gives the reader space to contemplate the content of the work, such as a photographer creates stills on the set of a film in production.

This time no monograph of projects, but a textbook instead. The development of Arets's ideas are shown in their multitude of thought and action, and the reader is given set time to contemplate specific themes. On various fronts the different texts enter into a dialogue with the context they originated from. The chronological development and discussion of Wiel Arets's work, collected in this compilation of the best texts, articles and interviews, forms the horizon of this book. Arets, and many other authors, speak about the work while in the background architecture photographed by Jan Bitter unfolds along a horizontal timeline of realized buildings in silver, black and white. Moreover, the dialogue will also be carried out another way.

This timeline of texts, articles and interviews does not only contain official texts, but includes lecture notes, short statements, conversations, critical observations, significant readings, radio interviews, an inaugural speech and for example texts written with colleagues, in order to give an overview of the context in which Wiel Arets developed his thought.