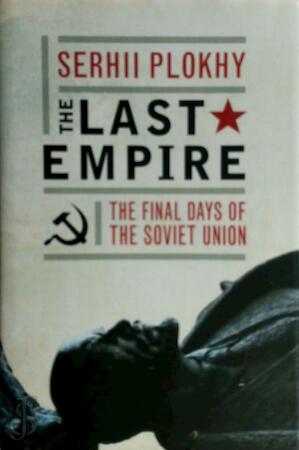 The Final Days of the Soviet Union

On Christmas Day 1991 Mikhail Gorbachev resigned as president of the Soviet Union. By the next day the USSR was officially no more and the USA had emerged as the world’s sole superpower. Award-winning historian Serhii Plokhy presents a page-turning account of the preceding five months of drama, filled with failed coups d’état and political intrigue.
Honing in on this previously disregarded but crucial period and using recently declassified documents and original interviews with key participants, he shatters the established myths of 1991 and presents a bold new interpretation of the Soviet Union’s final months. Plokhy argues that contrary to the triumphalist Western narrative, George H. W. Bush desperately wanted to preserve the Soviet Union and keep Gorbachev in power, and that it was Ukraine and not the US that played the key role in the collapse of the Soviet Union. The consequences of those five months and the myth-making that has since surrounded them are still being felt in Crimea, Russia, the US, and Europe today.
With its spellbinding narrative and strikingly fresh perspective, The Last Empire is the essential account of one of the most important watershed periods in world history, and is indispensable reading for anyone seeking to make sense of international politics today.