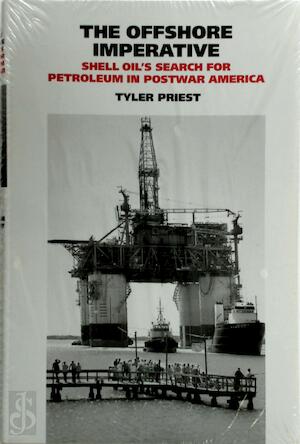 After World War II, the discovery and production of onshore oil in the United States faced decline. As a result, offshore prospects in the Gulf of Mexico took on new strategic value. Shell Oil Company pioneered many of the early moves offshore and continues to lead the way into "deepwater."

Tyler Priest's study is the first time the modern history of Shell Oil has been told in any detail. Drawing on interviews with Shell retirees and many other sources, Priest relates how the imagination, talent, and hard work of personnel at all levels shaped the evolution of the company. The narrative also covers important aspects of Shell Oil's corporate evolution, but the company's pioneering steps into the deepwater fields of the Gulf of Mexico are its signature achievement. Priest's study demonstrates that engineers did not suddenly create methods for finding and producing oil and gas from astounding water depths. Rather, they built on a half-century of accumulated knowledge and improvements to technical systems.

Shell Oil's story is unique, but it also illuminates the modern history of the petroleum industry. As Priest demonstrates, this company's experiences offer a starting point for examining the understudied topics of strategic decision-making, scientific research, management of technology, and corporate organization and culture within modern oil companies, as well as how these activities applied to offshore development.