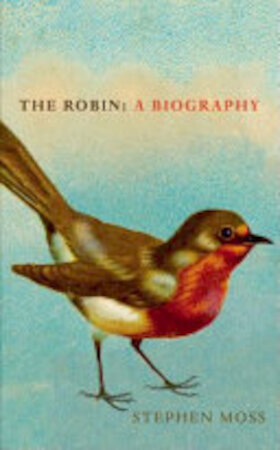 Selected as a Book of the Year 2017 in The Times
'There is no doubt that Moss's book, with its charming cover and quaint illustrations, will make it into many a stocking this year' The Times

No other bird is quite so ever-present and familiar, so embedded in our culture, as the robin. With more than six million breeding pairs, the robin is second only to the wren as Britain's most common bird. It seems to live its life alongside us, in every month and season of the year. But how much do we really know about this bird?

In The Robin Stephen Moss records a year of observing the robin both close to home and in the field to shed light on the hidden life of this apparently familiar bird. We follow its lifecycle from the time it enters the world as an egg, through its time as a nestling and juvenile, to the adult bird; via courtship, song, breeding, feeding, migration - and ultimately, death. At the same time we trace the robin's relationship with us: how did this particular bird - one of more than 300 species in its huge and diverse family - find its way so deeply and permanently into our nation's heart and its social and cultural history? It's a story that tells us as much about ourselves as it does about the robin itself.