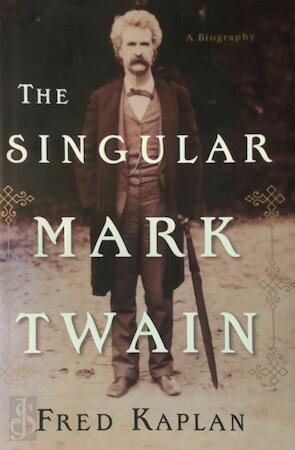 One of our most distinguished biographers offers a bold, revisionist view of the inimitable Mark Twain.
Mark Twain invented American literature. His humor, his fearless evocation of how ordinary people live and speak, his ferocious social criticism, all make him the progenitor of a truly national literature. And his extraordinary books--including "The Adventures of Huckleberry Finn, The Adventures of Tom Sawyer, The Gilded Age, Innocents Abroad, Life on the Mississippi"--were drawn from his extraordinary life. Based on original research, including access to previously unpublished correspondence, "The Singular Mark Twain" presents the first fully integrated portrait of this great American icon.
Few Americans, let alone American writers, lived such a large and eventful life. From his idyllic Hannibal, Missouri, childhood to his days as a riverboat pilot on the Mississippi, from his wildcat-mining life in the Nevada territory to his reporting job in wide-open Barbary Coast San Francisco, Twain's early life was one of restless adventure. He traveled the world, and his dispatches to the United States made him famous, and wealthy.
With maturity and success, Twain grew tremendously as an artist and as a social critic. Fred Kaplan shows definitively that Twain's ferociously progressive ideas about race informed all his later works and absolve him from absurd charges of racism laid in recent years. Kaplan also details the darker side of Twain's story--the illnesses and death that plagued his family and darkened his vision, his almost comically terrible business sense that lost him his great fortune, and his paranoid sensitivity to slights and betrayals.
No American writeris more appealing, funnier, or more universally admired than Mark Twain. "The Singular Mark Twain" brings him to life as never before. Like the bestselling books of H.W. Brands, David McCullough, and Edmund Morris, "The Singular Mark Twain" is a masterful blend of history and biography, at once erudite, eye-opening, and highly entertaining.