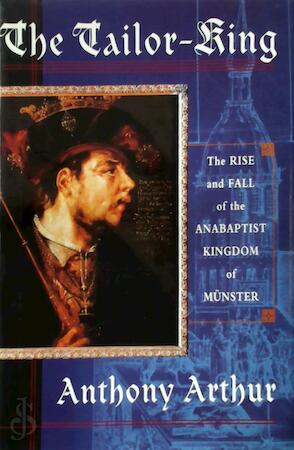 As the leader of a radical sect of persecuted Anabaptists in 16th-century Germany, Jan van Leyden created a New Zion and waited for the final apocalyptic battle against his godless oppressors. After repeated attacks by the local Prince Bishop were repulsed with humiliating ease by King Jan's army, the Prince Bishop and Charles V, Holy Roman Emperor, began a 16-month-long siege on the upstart king. Jan was ultimately defeated and was sentenced to death in the town square above which the cage he was imprisoned in still hangs today.

A richly detailed story of religious fanaticism, The Tailor-King offers valuable insight into some of the most troubling aspects of our own time.