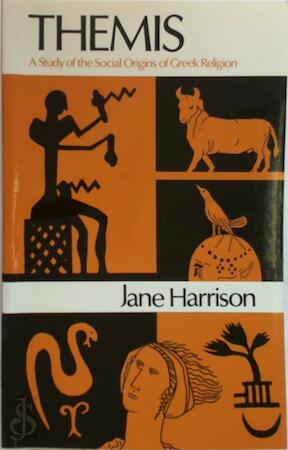 A Study of Social Origins of Greek Religion

Drawing upon a range of disciplines including anthropology, classical studies, archaeology and psychology, Jane Ellen Harrisons seminal 1912 work Themis pieces together the origins of early Greek religion. Known as one of the founders of modern studies in Greek mythology, Harrison has been described by her biographer, Mary Beard, as Britains first female professional career academic. She is renowned as being one of the most intellectual women of her time, and the ideas espoused on Greek rituals and myths in Themis remain influential today. This revolutionary study traces Themis back through history, as a matriarchal tribal goddess. Addressing areas including magic, sacrifice and the origin of the Olympic games, Harrison applies archaeological discoveries to the interpretation of Greek religion. Including a detailed preface and explanatory notes, this revised second edition of 1927 is described by Harrison as addressed not so much to the specialist as to the thinker generally.