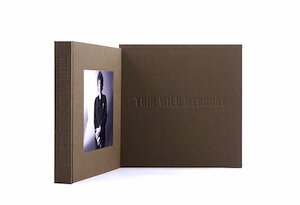 Thin Wild Mercury's 300 pages feature nearly 500 photographs, many of which have never been published before. All images are printed in four-colour with image varnishing, on three different luxurious art papers. Throughout the book the photographs are illustrated with excerpts of Dylan's music, hand written by Jerry Schatzberg.

A photographer for publications such as Vogue and Life magazines, Schatzberg first met Dylan during the recording of Highway 61 Revisited. As well as photographing him in the recording studio, on stage and off, and shooting the controversial blurred cover of Blonde On Blonde, Schatzberg also created a series of iconic formal studio portraits of unparalleled poetic beauty.

Limited edition of 1500 limited signed and numbered copies of which 250 deluxe copies with additional signed print.

One of the 250 deluxe copies with additional signed print and cloth bag. This is number 208. Signed by Schatzberg.